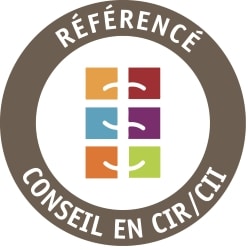 TAJ REFERENCED AS A CIR AND CII ADVISORY ACTOR

In the context of the new measure aiming at favouring innovation and research, the innovation mission of the Inter-Company Mediation of the Ministry of Economy, Industry and Digital referenced 7 consulting firms in Research Tax Credit and Innovation Tax Credit.
With a team of over 40 professionals, including 2/3 of PhDs and engineers and 1/3 of tax lawyers, Taj took place in the pilot and design phase of the referencing process and is now the first tax firm referenced.

To know more about the Inter-Company Mediation …

Versailles Administrative Court of Appeal, n°14VE00810, December 30st, 2014, SCP Coudray-An-cel – RTC for certified companies – Amount invoiced to the ordering company must be deducted, even if unpaid

According to Versailles Administrative Court of Appeal, an RTC certified company has to deduct from its RTC basis the amounts invoiced to the ordering company, even if those amounts have not been effectively paid during the considered year.

The Court retains this solution on the grounds that the rules applying for the RTC computation are the ones of the accrual accounting approach. The Court also indicates that should this not be the case, and as the ordering company has itself, on the considered years, claimed and obtained RTC based on the expenses related to the research services tasked to the certified company, the same research expenses would lead to a double counting in terms of RTC.

As from September 1st, 2015, small companies (i.e. with revenues not exceeding 1.500 K€ for companies whose main activity is a sales activity and 450 K€ for other companies) asking for a ruling as regards the eligibility of their R&D project to the RTC can also ask for the validation of a minimum amount of R&D expenses.

The request for formal position has to be submitted at least six months before the deadline for claiming the RTC, jointly with a summary table of the related expenses in a dematerialized format (available on www.impots.gouv.fr). To be noted that innovation expenses (eligible to CII) are not included in the scope of the extension of guarantee.

To be also noted that it is not possible for the company to ask for a revaluation of its situation as regards the minimum amount approved by the tax administration.

The French Supreme Court judged that CIT exempt organizations can benefit from the RTC, but only on the R&D expenses related to the part of their activities subject to corporate income tax.

In brief: French researchers are still cost-competitive thanks to RTC, ANRT, September 2015